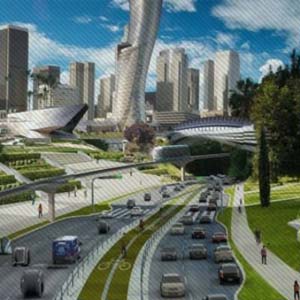 Imagine teleporting to your favorite vacation spot, climbing the Himalayas or a soaking up the sun on a distant island. This can all be done from the comfort of your home, without fighting traffic at a crowded airport. Virtual teleportation is no longer the stuff of science fiction, but reality with VR technology. While Scotty won't be there to beam you up, simply putting on a head mounted display can virtually teleport you to any destination. Instead of watching something on a screen, you will be immersed in a new world thanks to 360-degree videos with spatial audio. By expanding the field of view, 360 videos make it possible to look around and experience the same sights and sounds that you would if physically standing in that location. It’s incredible.

Few can imagine going back to the days when everything had to be written by hand, sending letters was the only real way to communicate, and finding information required going to the library and searching for a book. The internet and personal computer changed everything. These innovations were the last true disruptors. Now, all eyes are on virtual reality. According to Jesse Schell, a professor at the Entertainment Technology Center at Carnegie Mellon University, VR and AR will be a $22.5-billion industry by 2025 and it is only getting started.

Virtual reality is not new but due to improvements in the technology and affordable head mounted displays like Google Cardboard, it is now possible to bring VR videos to the masses. This has the ability to change the world by closing one last gap – the transportation gap. With 360-degree videos, it is possible for people to be transported somewhere new, without physically being there. They create an immersive experience and give viewers the ability to become part of something. Viewers can experience what it feels like to walk down a cobblestone street in a charming, historic downtown or to bike down a mountain trail at breakneck speeds, all from the comfort of their home or office.

Sophisticated economic developers know that now is the time to invest in VR technology and have 360 videos created to showcase their town, county or state. With disruptive technology at play, elite communities will be defined as those who are leveraging technology, not ones who are larger in size.

According to a survey taken by the International Economic Development Council, over 43 percent of economic development professionals said that their largest challenge was communicating their message in an over-communicated world.

360-videos break through the clutter and the noise to communicate messages using an immersive experience.

Elite communities who create 360-videos are essentially creating a virtual site tour, allowing site selectors and CEO’s from all over the world to experience life in their community. By mailing a site selector a head mounted display, economic developers can send them to a virtual destination for a fraction of what it would cost to arrange flights, hotel stays and a physical fan tour. This allows sophisticated economic developers to reach a wider audience and increase the likelihood of attracting new businesses to the area.

Preparing brochures and presentations is important but it is not enough. Eventually, communities begin to blend together and something must be done to make one stand above the other. By creating an immersive experience, a virtual site tour does exactly that. It makes the pictures and text in brochures jump off the page by allowing site selectors to walk the factory floor, tour a building site, see and hear the wind turbines churning, catch a baseball game at the local park or watch airplanes take off from a regional airport. Economic developers are using 360-videos to deliver a full community experience while showcasing key assets that site selectors must comprehend before making their decisions or recommendations.

This has never been done before.

Virtual site tours are only possible because VR is such a disruptive technology. It will change how economic developers conduct business on a daily basis, who they can reach and how transactions are closed. Sophisticated economic developers are not waiting for this technology to go mainstream but are seizing the opportunity to gain an early advantage in marketing their communities.

Want to learn more about Economic Development and Virtual Reality? Register for our Webinar!

Sep 11 2017
Come witness something brand new to economic development, where Golden Shovel will be unveiling the latest economic marketing innovation at IEDC in Toronto. We will showcase three elite communities who are “virtually” disrupting the industry during the conference on September 17-20 at the Sheraton Centre Toronto Hotel. “Virtually” impossible to miss! Se...Continue Reading 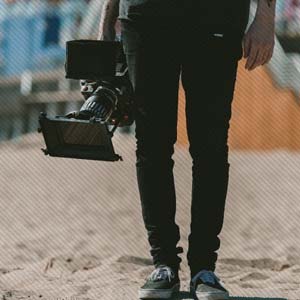 Five Reasons Economic Developers Should Use Video on Their Websites

Sep 5 2017
By Aaron Brossoit Research suggests over 60% of the internet traffic is video. We are captivated by videos and we retain information better when video accompanies content. Additionally, websites using video for promotion gain better organic search engine rankings. If you are not using video to promote your community, here ar...Continue Reading 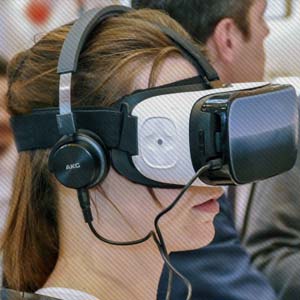 Aug 27 2017
By Aaron Brossoit How do you reach a CEO sitting in a boardroom, a thousand miles away or across the world? How do you capture the imagination and attention of a site developer sitting at their mahogany desk, sifting through a mile-high stack of proposals? Elite communities have discovered the answe...Continue Reading